Narrators are very important people! They can make or break an audiobook. Here are my amazing, talented narrators with a little bit about each one. 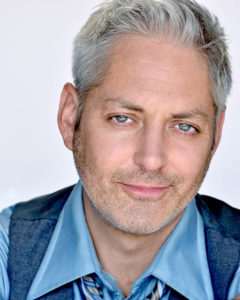 Curt is a professional SAG-AFTRA and Actor’s Equity performer with over 30 years of experience. His stage career has taken him from LA to Edinburgh, New York to Moscow. From musicals to movement theatre and everything in-between, Curt’s work on stage has garnered him numerous awards including LA Weekly; Stage Ovation; LA StageRaw; Broadwayworld; Hollywood and New York Fringe; and Los Angeles Drama Critic’s Circle. Currently based in Los Angeles, he is a member of the widely lauded Sacred Fools Theater Company in Hollywood. His work on-screen includes TV, film and streaming with roles as varied as a psychotic serial killer on Criminal Minds to the faux British one-hit wonder has-been rock star, Brad King, on the award-winning web series Old Dogs & New Tricks. (ODNT.tv)

As an audiobook narrator, his work covers many genres including thrillers, romance, fantasy and mysteries. 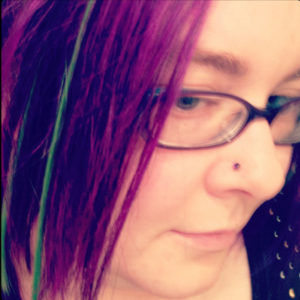 Inspired by her love of storytelling, Hollie Jackson (aka Narratrix) found her true calling in the vocal booth. With a range from the innocent to the risque, Hollie’s voice brings characters of all types to vibrant, compelling life, letting you sit back and allow the words to wrap around you.

A voracious reader in her own right, she enjoys an eclectic range of genre and likes to carry that over into the studio: from contemporary romance to paranormal thrillers, historical fiction to epic fantasy, from steamy erotica to tamer YA titles. With over 400 audio books already in her body of aural work, she’s not planning on slowing down any time soon, working closely with USA and NYT best sellers as well as independent authors of all flavors.

Everyone has a story to tell… And Hollie loves to bring those stories to life, one word at a time. 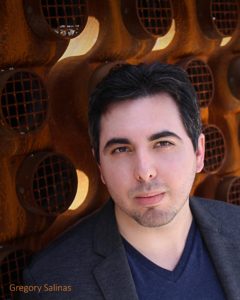 Gregory Salinas is a full time professional voice actor with many credits to his name. As a narrator, Gregory has produced over a hundred titles and enjoys working with many New York Time’s and USA Today Bestselling authors. He is always up to a challenge with a wide range of voices. He’s Audible Approved, a special designation Audible uses for their favorite narrators. 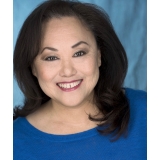 Caroline McLaughlin is a versatile narrator with a warm, smooth voice who enjoys bringing words to life.   She discovered her love for storytelling while recording audiobooks for people with reading disabilities.  Being a great study of “people” has helped her to develop rich characters and accents (Southern, Asian, English, Australian and Irish).   Her languages include conversational Mandarin Chinese.

Caroline began her career working in broadcasting and her credits include announcer, spokesperson, voice actor and her favorite, audiobook narrator. When she’s not recording in her home studio, or chasing her dog Cooper, Caroline can be found working in her vegetable garden, often listening to audiobooks.

A. W. Miller hails from Wisconsin where he attended the University of Wisconsin Stevens Point, earning his BA in English & Creative Writing. After moving to Tennessee, Miller found his true love, a beautiful southern belle, married her, and they now reside on their small farm with 2 of their 8 children. After earning his Master’s in Curriculum & Instruction, Miller continues to teach high school in the subject areas of English, Creative Writing, Acting, and Stagecraft.  Miller started narrating audiobooks in 2015.  He has since been specializing in historical fiction and fantasy romance novels.